Mental health is not mind over matter. NAMI helps erase the stigma.

After the most challenging 20 months of many people’s lives and careers, it may be unsurprising that cases of mental illness are on the rise. It’s been estimated that one in five Americans will struggle with a mental illness at some point in their lifetime, but only about 44 percent of those people will receive treatment. But the National Alliance for the Mentally Ill (NAMI) Lowcountry wants residents to know that their mental health shouldn’t be a “mind over matter” situation.

The organization was founded in 1989 as the Alliance for the Mentally Ill of Beaufort County SC (DBA NAMI Beaufort County) and received its nonprofit status from the IRS in 1991. In 2012, it was named NAMI Affiliate of the Year from over 1,000 affiliates nationwide, and in 2015, the organization changed its name to NAMI Lowcountry to reflect its goal of expanding its service area to the surrounding counties. But according to Michelle Casey, NAMI Lowcountry’s board president, it wasn’t always smooth sailing.

“We have been impacted over the years with the 2008 financial crash (which was a slow recovery for all), followed by Hurricane Matthew in 2016, causing an even slower recovery,” said Executive Director Sarah Eliasoph. 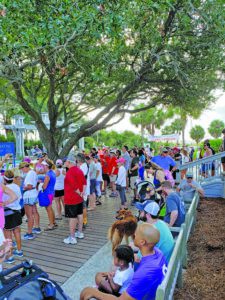 ”We have moved twice during the past 24 months, enduring tight spaces and uncomfortable surroundings to further advance our mission. We have been reduced at times to one part-time director of operations to offset costs, but eventually hired our beloved executive director, Sarah Eliasoph, who is retiring this fall.”

Casey said that Eliasoph was the only paid employee at NAMI Lowcountry and “took less than she deserved” for over 10 years, sacrificing her time and energy to expand NAMI Lowcountry into five counties and increase access to its outreach programs. Casey credit’s NAMI Lowcountry’s strong client relationships and cutting-edge programming to Eliasoph’s care and dedication.

NAMI Lowcountry serves a variety of populations with specific mental health concerns, including teens and young adults, caregivers, people of color, military members, and frontline professionals. From a high school-based teen depression awareness program to support groups for veterans, the organization has an impressive list of services – which is still growing. 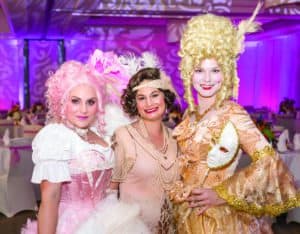 Casey says she and her team strive to devise creative solutions for today’s most pressing mental health concerns.

“We are no stranger to the stigma that mental illness has carried over the years and have faith that we will prevail in breaking the barriers that people living with mental illness have had to endure,” Casey said. “We will continue to press forward by increasing awareness and understanding with our educational and support programs.”

2. Every little bit helps. We don’t just go after big donors. We find that local fundraising is more than an effective financial strategy, it’s a great way to build stronger relationships and gives people a chance to get involved in an important cause closer to home.

3. Be creative in your outreach. The more original your outreach strategies are, the more likely it is you’ll get people’s attention. It’s that simple. One of our favorite outreach examples is our Makers Program, which features some of the most talented individuals in our community that also happen to have mental health conditions and those that support mental health in our community as advocates.

A framework for success