With members generating the highest TYFCB (Thank You for Closed Business) in years, BNI SC Lowcountry’s Ron and Cristina Kirby continue to grow a network where everyone wins

Ron Kirby has long believed in the power of networking and after retiring from the Marines and having the opportunity to first become involved with a BNI (Business Network International) group in the Hilton Head-Savannah area back in 2008, he quickly realized just how powerful the right type of networking group can be for business owners. With thousands of chapters worldwide, BNI is the world’s leading business referral organization. In 2021 alone, BNI members shared over 12.4 million valuable new client referrals and generated over $18.6 billion in revenue.

Since 2017, Ron and his wife Cristina have been the executive directors of BNI SC Lowcountry and have grown the franchise to 35 chapters, 139 chapter leaders and 690 members. Most importantly, since becoming BNI SC Lowcountry owners and executive directors, they have helped members generate an incredible amount of business — and valuable referrals — that have helped members continue to grow their businesses.

“BNI membership helps people generate more sales with consistent growth, less effort and lower cost than other marketing methods,” said Ron, noting that BNI members have just generated the highest “TYFCB” (Thank You for Closed Business) in years in March 2022, with members worldwide reporting $1.84 billion in business and passing nearly 1.17 million referrals (the highest number of referrals recorded since October 2019.) Also, BNI members generated over $1.6 billion in business for each other in April through more than 1.2 million qualified business referrals. “With that in mind, the goal is to reach more business professionals and include them in this amazing network where everyone wins.”

Ron and Cristina have continued to grow the BNI franchise through the proven system of BNI networking and referrals, as well as BNI’s principal core value of Givers Gain®. In 2021, the members of BNI South Carolina Lowcountry reported income in excess of $49 million in new business from BNI referrals – and in March and April of this year, BNI SC Lowcountry members have made $5,731,049 (March) and $5,739,883 (April) in closed business. When asked about the secret behind the success of both BNI and BNI SC Lowcountry, Ron points out that in BNI networking, it’s all about building strong business relationships and developing special trust and confidence.

“Networking success is not about a quick sale, but more about developing quality business relationships,” said Ron. “At BNI, we say it’s more about farming than it is about hunting. The returns you receive through networking are like the apples you pick from an orchard you started from a single seed.”

Noting that their biggest accomplishment as business owners is “supporting our member’s businesses to be successful beyond their imagination,” both Ron and Cristina note how much they enjoy observing the success of members who are great at what they do – but who previously have not had the appropriate business environment or a network. As they continue the BNI focus of “expanding one’s networking and building trustworthy relationships,” Ron and Cristina also are focused on continuing to not only grow their members’ businesses but to continue to grow BNI SC Lowcountry as an organization. In addition, they remain committed to helping chapters and their members “give back” – noting that many chapters are involved in helping Habitat for Humanity, Lowcountry Veterans Home, local baseball and softball teams, animal protection groups, American Cancer Society, Alzheimer’s Association and a number of other local charities.

With its proven strategies for successful business networking and a commitment to growing a network where “everyone wins,” BNI SC Lowcountry is poised to help companies and individuals grow their businesses through the power of effective networking – all while continuing to grow their own successful, and much-valued business by helping others here in the Lowcountry.

In growing a business, Ron and Cristina both stress the importance of “always keeping the big picture in mind,” and offer the following tips for business owners:

3. Be passionate about what you do. “Surround yourself with other quality professionals and help others to be successful,” notes Ron. “Be courageous even when you are afraid,” adds Cristina. “And forget about perfection, you are ready now!” 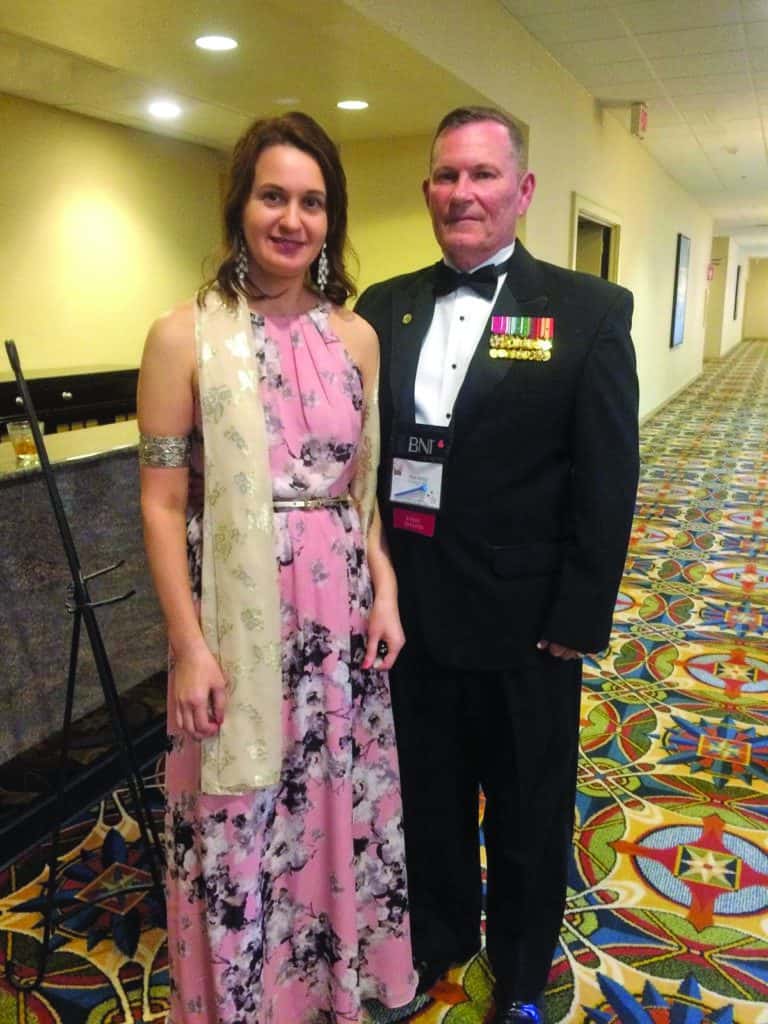 A framework for success